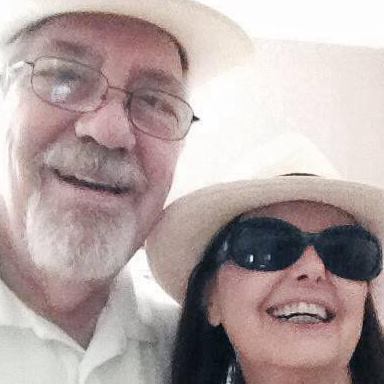 John writes with much advice and counsel from his "treasure", Nita Raye. They have had the joy of ministering and showing God’s love to people in all walks of life. Some live in mansions, others in a home like yours; some in homeless shelters others were in jails and prisons. All had lived through pain and tragedy. John says: "It seems God has called us to minister to the wounded, people Jesus reached out His hand to comfort and heal while He walked the earth. What a privilege to be involved in His ministry of compassion".

John and Nita Raye have lived in the Omaha Nebraska area since shortly after their marriage on April 14, 1966. They have 6 grown children and 13 grandchildren oh yes and a new Great-Grandson! to add to the growing number of beautiful great grandchildren!

"All of us experience times of distress and darkness, when life seems meaningless. Our 'Sabbatical' from normal life created a period of serious spiritual reflection. Sometimes we are on a life course, which is not headed in the direction God wants. He sees the end from the beginning and orders a course correction for our benefit and His glory. Only now can we see the wisdom of that correction. At the time all we could see was darkness. However out of that darkness came a clearer understanding of God’s love and grace, and the ability to help others though counsel in person and in our writings", John says.

It was during this time that over 100 poems were written, almost as many uplifting writings were penned including two children’s stories. It was also the time two, now published books, were birthed: “The Majesty, The Mystery, and The Mission of Marriage” and “The Human Jesus in the Garden of Gethsemane,” You can order them from Amazon from our web site.